Netflix review #4: The Man With The Golden Gun 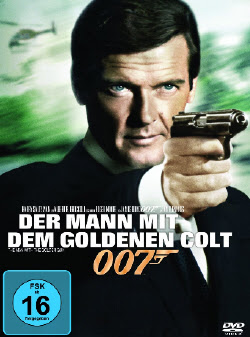 I've seen all the Connery Bond movies, the last two obviously with Daniel Craig, and bits and pieces of the Roger Moore entries, but I never really sat down and watched one straight through. I was never a huge fan of Moore, but thought as a fan of the series I should watch all of the movies. I watched Moore's first movie, Live and Let Die, a few weeks back and got The Man With The Golden Gun in the mail yesterday.

Reading reviews, TMWTGG seems to take a lot of heat for being pretty cheesy so I was surprised by how much I liked it. Moore seems to have figured out how to play 007 more so as compared to LaLD. His one-liners are there, but they're not overdone. We get it, you're clever, stop with the cheesiness. The action scenes are well-handled, and he's more believable as it looks like he did most of his own stunts. When it comes to the ladies, Moore was never in question. Just two movies in and with the snap of a finger, he's got the Bond women waiting.


Horror movie master Christopher Lee is the villain here, the man with the golden gun, Francisco Scaramanga, the world's deadliest assassin who charges a $1 million per kill. The hit man supposedly sends a golden bullet to MI6 with "007" imprinted on it. So Bond has a master assassin on his tail, but there's a glitch, no one knows what he looks like. In an odd twist, even for this series, the only way to identify Scaramanga is that he has an extra nipple. There's a subplot here too about capturing solar energy, but it isn't as good as the two men going head to head.

In the Bond girls department, this one gets high points with Britt Ekland and Maud Adams starring. Ekland plays Mary Goodnight, a fellow agent working as Bond's liasion of sorts who plays hard to get with him. In a memorable ending, Ekland runs around the last 30 minutes or so in a bikini. In her first Bond movie, she would return as a different character in Octopussy, Adams is Andrea Anders, Scaramanga's mistress who sees a way to safety through 007. Both women are up there as two of the more beautifuly Bond women.


One more bit of interesting casting, a pre-Fantasy Island Herve Villechaise as Nick-Nack, Scaramanga's deadly little assistant who we're never quite sure what his motives are. Clifton James also returns as Sheriff JW Pepper from Live and Let Die in an unnecessary return. Convenient that a Louisiana sheriff is visiting Thailand the same time as Bond, isn't it?


When it comes to action, I thought "Golden Gun" was top-notch including an exciting boat chase and a chase through Hong Kong with a good pay-off as a car does a corkscrew over a river. The scene's marred by a cartoonish slide noise, but the stunt's impressive no matter how you look at it.


Other things worth mentioning, or maybe not mentioning, the theme by Lulu is forgettable and painfully unsubtle, even for a Bond song, and the movie at 125 minutes can be a little talky. But otherwise, it's worthwile. Not a classic Bond movie, but better than the clunkers. This was director Guy Hamilton's fourth and final 007 movie, a good end for the director of the classic Goldfinger.


The DVD has the movie in its widescreen presentation, the Hong Kong and Thailand locations look great, and two different commentary tracks.