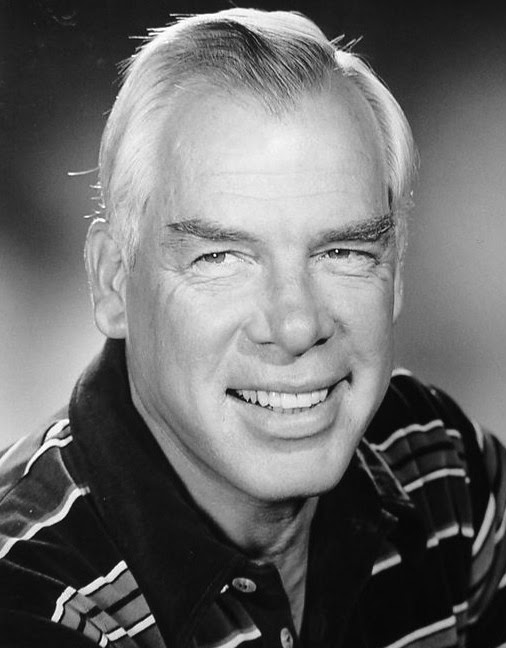 Basically the epitome of a tough guy actor, Lee Marvin started off like so many others as a supporting player, playing toughs, goons, thugs and sidekicks who were usually beaten down by the hero. Given his chance with starring roles in the 1960s and on, Marvin never looked back. Click on the movie titles for links to the review.

The Stranger Wore a Gun (1953): Pretty average B-western that's aided by the cast. Randolph Scott and Claire Trevor lead the way, but it's worth watching for Marvin and Ernest Borgnine -- the first of many pairings together -- as henchmen for the main, forgettable baddie.

Pocket Money (1972): A match made in heaven, Marvin and Paul Newman, in a light comedic western that's not quite as good as it should have been. Thanks to their performances and natural chemistry, it's still worth watching, but I expected more out of a pairing of two Hollywood legends. Recluse director Terrence Malick penned the script.

I Died A Thousand Times (1955): A pretty straightforward remake of High Sierra with Jack Palance taking over the main role from Humphrey Bogart. Nothing flashy, just a good, solid noir aided by a pretty deep cast, Marvin playing one of Palance's fellow thieves.

Raintree County (1957): It could have been titled 'Gone With the Wind 2: The Return.' Big, big epic that was a prime example of the type of gigantic scale movie studios tried to make in the 1950s and 1960s. Somewhat slow at times, but I've got to give credit where it's due. Montgomery Clift and Elizabeth Taylor are the stars, Marvin stealing his scenes as one of Clift's friends and fellow soldiers.

The Professionals (1966): If you could ask for a better cast, this western isn't for you. Marvin, Burt Lancaster, Robert Ryan, Woody Strode, Jack Palance, Claudia Cardinale and Ralph Bellamy in this Mexican Revolution-themed western. A small team of specialists must ride deep into Mexico to rescue the kidnapped wife (Cardinale) of a rich rancher (Bellamy). Score, script, acting, action, this is a perfect western.

The Big Red One: The Reconstruction (1980): Director Sam Fuller's epic WWII movie about his experiences as an infantry soldier fighting his way across Europe. The re-edited version is a tad long, but the moments that work are pitch-perfect. Marvin is probably a little old to play the veteran Sergeant, but he's ideally suited for the part just the same.

Ship of Fools (1965): Interesting premise -- a cruise ship sailing on the oceans as WWII breaks out -- is promising, but it never quite delivers. Lots of characters, meandering storylines, and repetitive scenes kill any potential this one has. Some of the characters are especially pointless, but the cast is impressive even considering the wasted nature of some of the performances.

Hangman's Knot (1952): Very entertaining B-western with a mean streak painted right up its back. Throw a treasure of gold into a situation and let the fireworks go off. Cool premise -- gold hunt in the Civil War -- and some interesting characters include Randolph Scott, Marvin, and Donna Reed.

Cat Ballou (1965): Another early review so don't be too cruel. My goal is to re-write most of them. Marvin plays dual roles, both of them equally good, so much so he won an Oscar for his part. One of Jane Fonda's first starring roles.